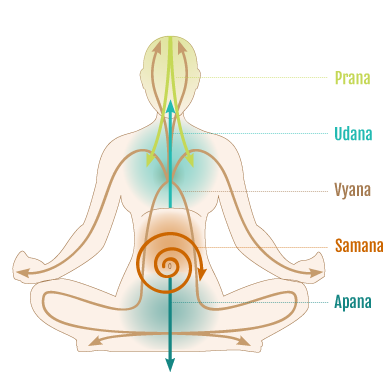 Recently I completed my second tantric massage teacher training, this time here in Sydney with Top Sensual Massage. I got very much intrigued by their traditional approach to tantric massage and tantra yoga, and something there pulled me strongly. At first I was a bit sceptical on what new this training could offer, as I had already done the extensive teacher training in Thailand last year. Well, this post is a result of the ideas that I learned about Prana at Shakta.

Again, by writing this, I’m also organizing my own thoughts and hoping to convey it in understandable and hopefully thought provoking way. Please read on

Life force energy and particles in the air?

Probably you have heard of Prana, even if you would not practice yoga. Prana is often understood as some kind of subtle energy or life force energy, something that flows in us, in some subtle channels, something we get from the sun and nature, or from the foods that we eat. In other traditions it’s called chi, qi, pneuma, ka, lung, mana. This concept has been in use around the world in different cultures and is an essential principle in traditional medical practices such as Traditional Chinese Medicine or Auyrveda.

In fact, it’s only our young Western medicine that does not recognize any of such fundamental, intrinsic and flowing force as a basis for it’s operation. The body is seen more like a biological robot, in which we can use synthetic drugs that affect the neurotransmitters and hormones and where organs and joints can be replaced in a same way as we swap spare parts in our cars.

The science does not readily accept the concept of Prana, because it can’t be measured. It has been labeled as some woo-woo, or researchers have tried to fit it into science with concepts like orgone energy or animal magnetism.

But to try to explain everything through our modern science does not provide all answers either. We can not explain how matter gives birth to consciousness.

In our modern worldview, we all agree that we have matter, and then somehow out of that matter evolves consciousness. This has been puzzling people for a long time, and it’s defined as the Hard problem of consciousness. We try to make up something that would bridge the mind with matter, and so also Prana falls out of the picture and becomes something like particles that float in the air or are present in foods.

Also, if we see Prana as matter or subtle particles, it does not always make sense if we try to apply it to yoga. The practices may feel weird and ineffective. If we do not understand the concept of Prana, the yoga exercise easily degrades to merely a physical exercise, more like stretching or work out for muscles. The exercises may look the same as they traditionally did, but they have entirely different meaning.

As a life force, Prana could be seen as something that differentiates living from dead. This seems to be common sense. We can see that when something or someone dies, an essence of some kind is leaving them.

Traditional texts on yoga were written hundreds and thousands of years ago. It is difficult, if not impossible, for us to understand how people saw the world at the time these texts were written. Just think about how life was perhaps 200 years ago!? Or 5000 years? It is a long time, so we can not expect to fully grasp their world view just by reading the texts with our current mindset.

These our ancestors were living in a world apparently similar to ours, but their understanding of it was different. Here we would need to consider a possibility that there exists a valid world view, which is radically different from ours. And while we may intellectually accept this, it’s yet another story to embody it, to really understand what it could mean.

Ok, so let’s move on to the term Prana. The term has been around for a long time – it has been mentioned already in the Rig Veda, which is said to be at least 5000 years old, perhaps even older.

As it is with many Sanskrit terms, also Prana can be interpreted in many different ways. In this context we can see that PRA is something that is before everything and ANA is movement of energy. The translation thus offered is that Prana is movement that precedes everything.

Let’s take a look how this fits what Swami Vivekananda writes about prana in his book Raja Yoga :

How does acupuncture work? 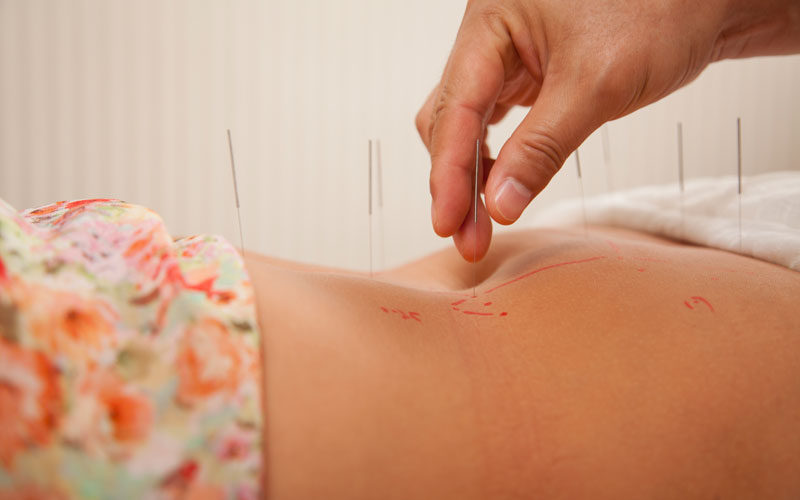 There are no different substances.

Everything is consciousness in movement.

Everything is Prana moving in multitude of ways.

It’s analogous to our dreams: in our dreams we see matter and experience things, but it’s all happening in our minds. In a same way our life unfolds in the all-pervading consciousness.

Stop for a moment, and savour that thought. How does that feel? Is it understandable? How would life be different if this was true?

When we see ourselves as a part of the infinite in this way, our life starts to make more sense. We all have a meaning, we all have a reason to be here. The cosmos can not exist if we do not exist and so we are not here by accident. Long term efforts start to become more meaningful. Our bodies may come and go, the material stuff around us grow and decay, but still the entire cosmos is working as a whole, unified system.

Instead of having our familiar material world and something like spirit in addition to that, we have a material world that is a consequence of a process of some kind. This process is defined as Tattvas in yoga (there are 36 Tattvas defined in Shaivism, other traditions may have a different number of them).

In Tattvas, we move step by step, from the Absolute, Parama Shiva, to Shakti and starting to realize and expand to Aham, the “I am -ness”. The next step we realize Idam, This. This state is called Sadakhya. And so on, we continue, all the way through Purusha and Prakriti, to Indriyas, our sense organs, Tanmatras, our experiences, and finally ending up with the five elements, Bhutas. The entire scale reaching from the Absolute, Shiva, to the most solid of elements, the Earth.

It’s a given that in our current worldview we see that the world is independent of our consciousness, whereas in yoga it’s supposed that there’s one Absolute, and everything manifests out of that. Tantra is a science that explains the entire world through the movement of Prana.

How to work with Prana?

If we see Prana as the underlying current of our lives and existence, we can better understand and appreciate the traditional healing methods as well. Our system becomes ill when our Prana is not flowing in a balanced way, and with different methods such as acupuncture, yoga asanas or pranayama we can restore the balance. When Prana system is in balance and flowing smoothly, we feel well.

When we see our bodies as a complete, pulsating Prana system, we can understand why breathing and heartbeat play such an important role in yoga and traditional medicine. In TCM and Auyrveda, one of the first diagnostics the practitioner does is to check your pulse. There a skilled practitioner can feel different variations and types of pulses, and can diagnose the underlying imbalance. So with this approach, we’re not treating the symptom but the real root cause of the disease.

The unconscious mind manifests in our bodies. In traditional tantric yoga, all the methods aim to change our unconscious mind and its unhealthy patterns. Layer by layer, we leave all the unnecessary stuff behind us, and as a result we gain freedom (I wrote some glimpses of it in my previous post here).

When we do yoga in a traditional way, we are following the natural patterns and rhythms of the Prana system. At the same time, we subtly teach our minds to see things in a different way, in a more authentic and real way, as something that is our true Self expressing and shining forth.

The asana practice teaches our body how to direct and guide the Prana in our bodies, how it is distributed in our system. It is not preliminarily a physical exercise. And with pranayama, we can work to alter the dynamics of the Prana flow.

One of my teachers said something that really resonated with me, and why I got so interested in this kind of yoga: “To be a tantric is to be the master of our subtle energies”. Eventually, when our system becomes more balanced and our mind quiets down, we do not need to work so hard any more with asanas or other exercises. We can simply guide the energies with our attention and awareness.

Well, here you have. A very, very vast and complex concept squeezed in to 1800 words and less than ten minute read. It can be mind boggling and it’s difficult to understand, and to really live it – I don’t know. I do a daily practice of yoga and pranayama, and I hope that one day this will open to me in its true and real form.

How does this feel? Does it resonate? Can you name just one thing that would be different if our world would be Prana in Movement? Leave your comment below!

Our goal is to become the best sensual massage service provider in London. You can either 'massage in' by visit our massage parlour or 'take out' by book an outcall service to have a massage therapist visit you at your hotel room. 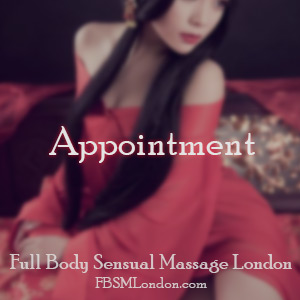